On The Five, Williams is part of a roundtable ensemble of FNC personalities who discuss, debate and even debunk the hot news stories, controversies and issues of the day. In addition to his role on The Five, Williams has also provided political analysis of every major political event since joining the network. Most recently, Williams contributed to FNC’s Democracy 2020 election coverage which was the most-watched election night in cable news history with 14.1 million total viewers. Additionally, he provided coverage during the 2020 presidential and vice presidential debates and the Democratic and Republican National Conventions.

Williams' career in media spans back several decades across many platforms. A recipient of several awards for his writing and investigative journalism, he also won an Emmy Award for television documentary writing and has received widespread critical acclaim for numerous projects, including a series of documentaries, such as: "Politics: The New Black Power" and "A. Phillip Randolph: For Jobs and Freedom." Additionally, he is the author of six books, including the non-fiction bestseller, "Eyes on the Prize: America's Civil Rights Years, 1954-1965" and "Thurgood Marshall: American Revolutionary" which landed on BookBub’s “40 Best Biographies of all Time.” Williams has also written numerous articles and has contributed to many national magazines, including: TIME, Fortune, The Atlantic, The New Republic, Ebony and GQ. 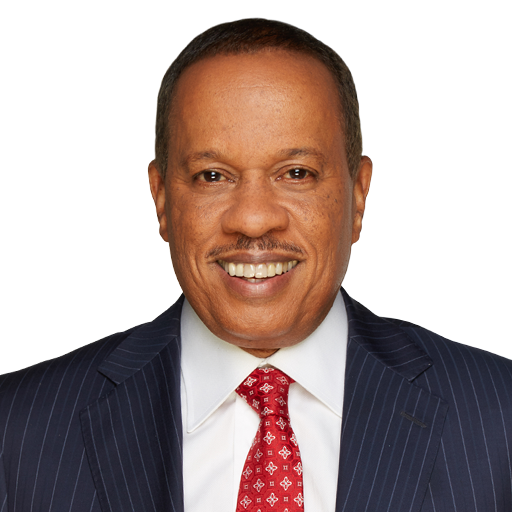