As CEO, Hirsch is responsible for shaping the overall business and programming strategy for Starz and overseeing the continued evolution and expansion of the STARZ premium subscription platform around the world.

Hirsch joined Starz in 2015, was promoted to COO in 2016 and then elevated to CEO in 2019. Under his leadership, Starz has solidified its position as one of the industry’s most successful OTT businesses, accelerating its platform growth to more than 7.4 million domestic OTT subscribers, up 68% over last year.

Hirsch has positioned Starz to take the lead as the global premium media company focused on amplifying diverse voices and spotlighting women both in front of and behind the camera and at the highest levels of the organization.

Hirsch continues to deliver a deep slate of hit original series on Starz including “Power Book II: Ghost,” the first of several new series shepherded by “Power” creator and showrunner Courtney A. Kemp and executive producer Curtis “50 Cent” Jackson, “Outlander,” a perennial ratings favorite among women, as well as breakout new series “P-Valley” and “Hightown.” He recently greenlit three new series written and/or executive produced by women including the third season of “The Girlfriend Experience,” a reimagined “Dangerous Liaisons,” and the dark comedy “Shining Vale.”

He received a Bachelor of Arts in Communications from the University of Pennsylvania and a Masters of Business Administration from The Amos Tuck School at Dartmouth College. 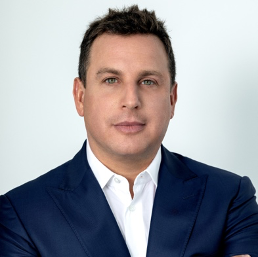